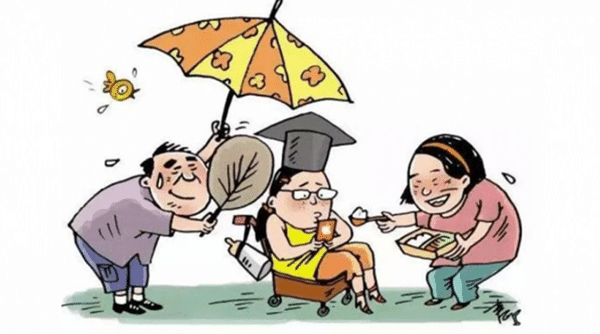 Premarital sex is no longer uncommon in today’s society, which leads to an increase in the proportion of children born outside of marriage. If they already have a child, they can register their marriage to legally become husband and wife, and then take care of their common child together. However, in reality, this best scenario often does not happen and it is even worse when one of them denies paternity and avoids paying child support or simply pays a small amount, which makes the life of the child and the resident parent extremely difficult. In such cases, how to claim reasonable support to better protect the child’s benefits is a matter of concern.

Is it possible to claim child support?

The question is whether the resident parent is entitled to claim child support from the other when they are not legally married. According to the Law on Marriage and Family 2014, the obligation to support a person only applies to someone who does not live with him/her but has a marital, blood or adoptive relation[1]. When a man and a woman cohabit without marriage, their relationship has not been recognised as husband and wife by law, so their common child has a blood relation but has not yet been legally recognised. Thus, to claim child support from the non-resident parent, firstly, the resident parent must carry out procedures for the identification of the child’s parents.

It will be easy if both parents accept paternity. Either of the parents only needs to apply for identification of parents and child at the commune People’s Committee where they live and the parent-child relationship will be recognised by law after completing the regulated procedures. At this time, the resident parent is completely entitled to request child support. However, what if one of them denies that they are the parent of such a child? According to Article 101.2 of the Law on Marriage and Family 2014, the resident parent can submit applications for parental identification at the district People’s Court, where the non-resident parent has a permanent address, to request a resolution. At that time, to determine the parent-child relationship, the Court may ask the parents to conduct DNA tests. After being declared to be the parent of the child in a valid judgement or decision made by the Court, the resident parent is entitled to request child support.

How to calculate child support?

Even though parents have not yet registered their marriage, a common child still has all rights, including the right to be raised and cared for; to be educated; to be healthy physically, intellectually and morally. In fact, there are very few children who fully enjoy the above-mentioned rights when they are not living with their parents. If so, the resident parent must work hard to cope with the high living costs. Therefore, after all, the purpose of claiming child support from a non-resident parent is to ensure the essential child’s care and wellbeing.

As of yet, there is no legal document of Vietnam that stipulates a specific amount of child support as well as the maximum and minimum amount, so a Court will set the amount based on the consideration of the non-resident parent’s actual income and financial status, and the essential needs of the common child as well. For example, a father who is a non-resident parent has a monthly income of 100 million Vietnamese dongs. If such a father offers the child support of 4 million Vietnamese dongs per month and the mother proves that this amount of money has not met the essential needs of the common child such as food, clothing, accommodation, education, medical care and other basic needs of the child, this amount of money is inappropriate. At this time, the Court will set a new amount of child support based on the regular income of the father includes wages, salaries, and income from other assets (if any), such as rents; interest income, etc., and whether the father is performing any other support obligations. Therefore, to be eligible to claim a higher amount of child support, the mother needs to proactively look for evidence to prove the father’s other sources of income, through seeking information on the father’s rental income from people in his neighborhood, or request a Court to order the bank to furnish his bank account details to prove his existing assets.

In addition, the Court also bases on the living standards of each locality to decide the appropriate amount of child support because the cost of living varies in different regions. For instance, costs of housing, medical treatments, food, education, leisure activities, etc. for raising a child living in Ho Chi Minh city will be much higher than those in the countryside. The final amount of child support is the amount that can ensure to maintain the minimum benefits of a child for his/her best well-being. Even when the Court has already set a specific amount of support, parents still have the right to request a change of the amount during the performance of child support. Therefore, the mother may request an increase in support on the basis of the actual needs of the common child from time to time. Due to the increasing demand for eating and studying in real life, the older the child is, the higher the amount of support is.

In addition to the child support obligation, a non-resident parent also has the right and obligation to visit and care for a minor that no one has the right to prevent, however, they must not abuse this right to obstruct or adversely affect the care, custody, upbringing and education of the common child of the resident parent.

Sanctions for not paying child support

The sanction for not paying child support is specified in the legal documents, the fine is quite light and not deterrent enough to prevent the violations of obligation. Specifically, according to the level of the current fine in Decree 167/2013/ND-CP, when a non-resident parent refuses or evades the child support obligation, he/she will be subject to a warning penalty or a fine ranging from VND 100,000 to VND 300,000[3]. This fine is too light because a monthly support rate for a common child in many cases can be much more than the above-mentioned fine. Thus, even though many parents know that they can get an administrative fine for obligation avoidance, they still deliberately fail to carry it out. To overcome that fact, the Ministry of Public Security has recently published a draft to replace Decree 167/2013/ND-CP raising the fine for evading child support up to VND 5,000,000 – VND 10,000,000, and simultaneously, adding the remedial measure that forces the defaulter to fulfil obligations according to laws in order to reduce current support evasions.

In addition to administrative sanctions, a non-resident parent may also deal with criminal responsibility. If that person has the ability to provide child support but gives reasons for not being able to perform the obligation or evades or hides the address so that a resident parent cannot contact, which causes harm to the life and health of the common child or have been administratively sanctioned but continues to violate, may be subject to a warning, probation for up to 2 years, or imprisonment of between 3 months and 2 years[4].

Furthermore, the obligor under a Court’s judgement or decision may be criminally responsible for “Failure to serve a judgement”, when they have been administratively sanctioned or subjected to enforcement measures but still deliberately fails to carry out obligations, they may be sentenced to between 3 months and 2 years of imprisonment[5]. If such a person resists bailiffs or law enforcement officers, the prison sentence of that person shall be from 2 to 5 years[6]. Not only that, but a non-resident parent may also be liable to a fine up to VND 50,000,000 according to Article 380.3 of the Criminal Code 2015.

From an ethical and legal point of view, the parents who do not directly raise their children are still parents and the parenting responsibility is the parents’ responsibility. Although both parents do not directly raise children together, they must love, care and take care of their children. Regular visitation and financial support are ways to show love when parents cannot be with the child so that they can enjoy the same basic needs as other children.

Could enterprises requests employees to get vaccinated? Related Labour and Civil issues?

Assigning the Employees to Work Abroad – Notes for Enterprises

Could enterprises requests employees to get vaccinated? Related Labour and Civil issues?

Assigning the Employees to Work Abroad – Notes for Enterprises

Question 10: Is the absence from home of spouse without another spouse’s awareness for a long period considered to be a legitimate reason for...

Question 84: Does the Law on PIT limit the number of registered dependents for taxpayers to deduct PIT?

Question 103: Must enterprises hire a full-time doctor when they employ 500 Employees or more? What are the doctor’s job details and should they...

This website uses cookies to improve your experience while you navigate through the website. Out of these, the cookies that are categorized as necessary are stored on your browser as they are essential for the working of basic functionalities of the website. We also use third-party cookies that help us analyze and understand how you use this website. These cookies will be stored in your browser only with your consent. You also have the option to opt-out of these cookies. But opting out of some of these cookies may affect your browsing experience.
SAVE & ACCEPT
Bạn đang cần tư vấn pháp lý? Vui lòng liên hệ với Luật Sư Nguyễn Hữu Phước